Tuam Babies: “It would be... kinder to strangle these children at birth” said doctor

Tuam Babies: “It would be... kinder to strangle these children at birth” said doctor 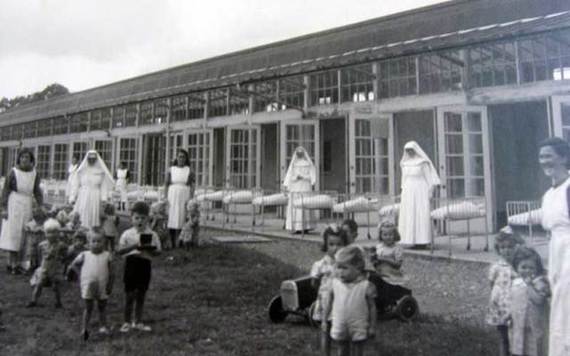 This from Associated Press: “A mass grave containing the remains of babies and young children has been discovered at a former Catholic orphanage in Ireland, government-appointed investigators announced Friday in a finding that offered the first conclusive proof following a historian's efforts to trace the fates of nearly 800 children who perished there.”

“A great many people are always asking what is the good of keeping these children alive? I quite agree that it would be a great deal kinder to strangle these children at birth than to put them out to nurse.” -- Doctor Ella Webb, June 18, 1924, speaking about illegitimate children in care in Ireland at the time.

The story of Doctor Webb’s comments was in the Irish Times that day in 1924. It was allowed to go without outrage or question.

Have no doubt what happened in Tuam happened in such homes all over the country. Tuam came to light because of a fearless local writer, Catherine Corless, who suspected the truth and tracked it down with forensic clarity.

The same dreadful business was going on in other homes, too.

Elaine Byrne, a columnist with the Sunday Business Post in Ireland, discovered the quote above as she researched how up to 800 children were allowed to die and their bodies stuffed in a septic tank by the Bon Secours sisters in Tuam, County Galway.
Her answer is clear: it was condoned and covered up by the political, religious and medical establishment at the time.

Folks, Holy Catholic Ireland was a monstrous hoax. Rampant pro-abortion forces had nothing on God’s little executioners when it came to children out of wedlock.

The sin of having sex outside marriage was all encompassing. The progeny of such sex were the devil’s spawn.

One in four of the little children would die within a year of birth out of wedlock, according to available records. In Dr. Webb’s time, a commission found that: “The illegitimate child being proof of the mother’s shame is in most cases sought to be hidden at all costs…the child becomes an encumbrance on the foster mother who has no interest in keeping it alive.”

Note how the baby was called "it".

The mortality rate was 25 percent on average over the years, only seven percent for the “normal” population.
Children at the Bon Secour Mother and Child Home.

A 1935 report unearthed by Byrne states: “Doubtless the great proportion of deaths in these cases is due to congenital debility, congenital malformation and other antenatal causes traceable to the conditions associated with the unfortunate lot of the unmarried mother.”

There you have it. A child out of wedlock was the fault of the clearly morally and physically corrupted single mother. The official Irish state had ruled.

No wonder the poor outcasts were allowed to die of neglect. If the Nazis did it we’d be outraged and talk of genocide would swirl.

The Irish state did it to its own children – murdered them by the thousands by neglect and hate.

As Catherine Corless, the noble campaigner who against all the odds and cover-ups exposed the Tuam babies scandal, said last week: “The county council knew at the time there were remains there, the local guards knew, the religious knew. And yet it was all nicely covered up and forgotten about.”.

DNA analysis of selected remains confirmed the ages of the dead ranged from 35 weeks to 3 years old and that they were buried chiefly in the 1950s, when the overcrowded facility was one of more than a dozen in Ireland offering “shelter” to orphans, unwed mothers and their children. The Tuam home closed in 1961.

Catherine Corless tracked down death certificates for nearly 800 children. Eighteen she discovered died of starvation; yes, they were starved to death.

"Everything pointed to this area being a mass grave," said Corless, who criticized the Bon Secours nuns' mushy “we will continue to co-operate” response as "the usual maddening nonsense. They must apologize and take responsibility for what happened there."

We won’t hold our breath.