Catherine Corless Receives a National People of the Year Awards 2017

Catherine Corless Receives a National People of the Year Awards 2017 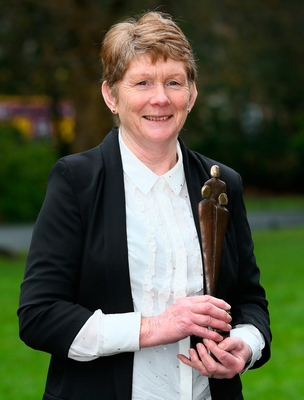 After being honoured at the ceremony, Catherine Corless called for a full exhumation of the remains of hundreds of babies on the site of the former Tuam mother and baby home.

Ms Corless was recognised for her advocacy on behalf of survivors and their families and for her persistence and dedication.

She said she thought suggestions to memorialise the site were disrespectful and unacceptable, and said that the only thing stopping a full exhumation was money.